I swear this isn't going to become a review blog.  I've simply been on such a reading binge lately.  I finished two Brenda Novak books that I wanted to tell you about. 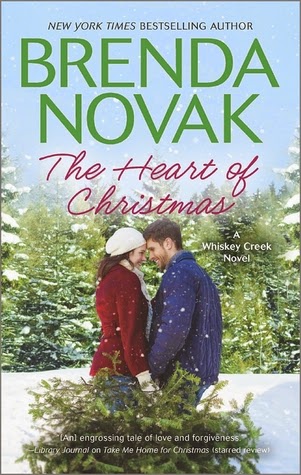 The first one is The Heart of Christmas.  It's from Ms. Novak's Whiskey Creek series and it's Eve's story.  I've always felt a little sorry for Eve because she's so sincere and just wants a husband and family so much, and is especially melancholy as the holiday season approaches.  She finds herself going out on her birthday and that's sort of the last thing she truly remembers. When she wakes up the next morning she has a strange man in her bed.  Things progress from there the more Eve learns about this guy.  And he is a puzzle.  He's going by an assumed name, he's running from something, and puts Eve in danger even by being around him.  But they can't stay away from each other.  There was quite a bit of angst and longing going on that really built the tension as we find out who Rex really is.

This book was fairly suspenseful and kept me turning pages to see how it would all turn out and how Eve would react when she finally got the whole truth about Rex.  For my gentle readers, there were several sex scenes, but they were brief and easy to skip over.  Cheyenne's story and what she's doing behind her husband's back is still going on in this book, which was sad for me.  I just don't like it at all and it's more sad because Cheyenne and Dylan's story was a favorite of mine. Sigh.  All in all, I was glad that Eve finally got her story and it was centered around the holidays.  Not to mention we were able to catch up with everyone from the Whiskey Creek gang. 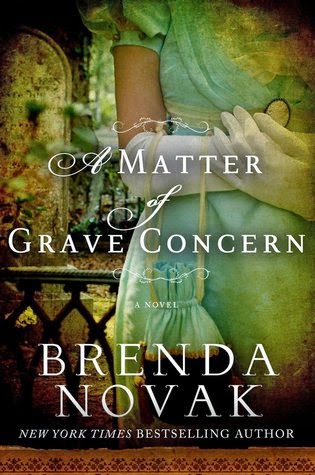 The second Brenda Novak book I read was A Matter Of Grave Concern.  This one caught my eye because it's unlike any historical romance I've ever heard of.  It's about a surgeon's daughter, Abby, who is buying corpses from "resurrectionists" (people who dig up the recently deceased) to use for medical purposes.  Her father's medical college is suffering at the shortage of bodies to dissect so she arranges to buy some under the table.  Only she gets in trouble with a gang who steals her entire purse and the last gift her mother gives her.  And then to add insult to injury, they steal the cadaver back.

She decides to follow after them and steal her money back since that purse contained the funds the college needed to keep going for the next few months.  And she gets caught by the gang, but not before the handsome and seemingly cultured de facto leader decides to put her under his protection.

And that's where the story got good.  You see, our hero, Max, is really a member of the nobility disguising himself in the resurrectionist gang to find his half-sister Madeline.  Of course, Abby presents a big problem to Max if he doesn't want to compromise his cover.  There are so many great twists and turns as they try to find out what happened to Madeline and figure out what to do about the growing attraction between them.  Again, there are several sex scenes in this one as well, but thankfully they are brief and easy to skip. The best part, of course, was the happy ending (I'm a sucker for those) and while some don't like neat and tidy endings, I do and really enjoyed this one.
Posted by Julie Coulter Bellon at 6:31 PM