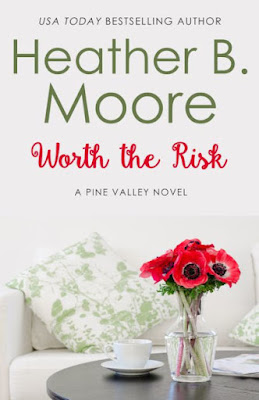 If you need a romance with lots of emotion and heart, Worth the Risk, is free today!

When Alicia's former crush Jeff comes into work, he's never looked better. But he already broke her heart once . . .

When Alicia moves back to Pine Valley to help her mom through a serious addiction, the last person she wants to see is her teenage crush, Jeff Finch, who destroyed their friendship in one single disastrous night. Alicia is determined to not let anything about Jeff affect her, especially since she hasn’t seen him in ten years. All she knows is that he’s living a successful and charmed life, and she is more than happy to keep anything between them in the past. But when he shows up with a date at the restaurant where she works, Alicia realizes she’s still not over her feelings, and Jeff is definitely looking at her in a way he never has before.

Posted by Julie Coulter Bellon at 1:56 PM No comments: 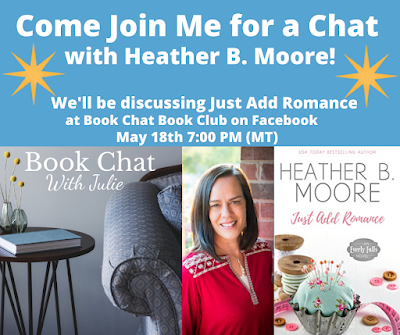 I'm so excited to be welcoming Heather B. Moore to Book Chat Book Club in May! She is an amazing author, writes in multi-genres, and weaves stories that I can't put down until I turned the last page. We'll be discussing her new romance, Just Add Romance, and asking her all about her secret to success. I hope you'll save the date and join me!

You can join the Book Chat Book Club on Facebook HERE

Posted by Julie Coulter Bellon at 9:00 AM No comments:

A Spring Paperback Sale You Won't Want to Miss! 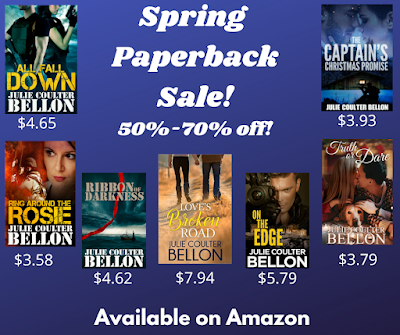 Are there any bargain hunters out there? There is a spring sale going on right now on some of my paperbacks, with 50%-70% off retail price!
If you've been waiting to introduce a friend to my books or are missing a paperback from your collection, now you can get them for a steal! There are just so many good deals, I had to pass them along.
Click HERE for All Fall Down
Click HERE for Ring Around the Rosie
Click HERE for Ribbon of Darkness
Click HERE for Love's Broken Road
Click HERE for On the Edge
Click HERE for Truth or Dare
Click HERE for The Captain's Christmas Promise
Posted by Julie Coulter Bellon at 9:21 AM 2 comments: 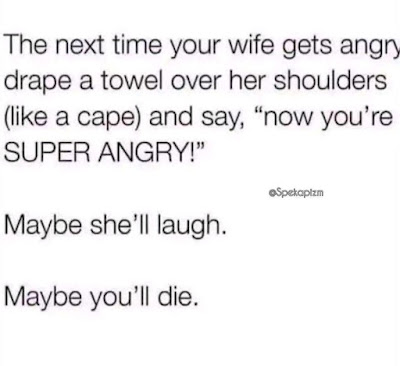 I saw this on my timeline today and it made me laugh. I mean, if it actually happened I wouldn't be laughing, but yeah . . . maybe because it's Monday, it's really funny right now!

Posted by Julie Coulter Bellon at 8:30 AM No comments: 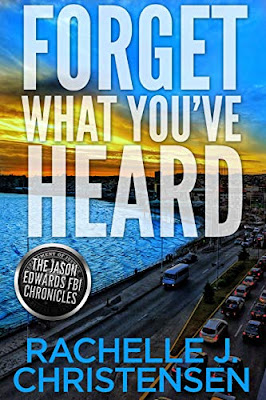 Romantic suspense fans, if you need a book to read this weekend, Forget What You've Heard, by Rachelle Christensen is free today!

Get your free copy HERE

A cryptic phone call overheard by a pregnant woman makes her the next target for murder. Can Aubree protect herself, her unborn child, and her heart?
Posted by Julie Coulter Bellon at 8:32 AM No comments:

I Won An Award! 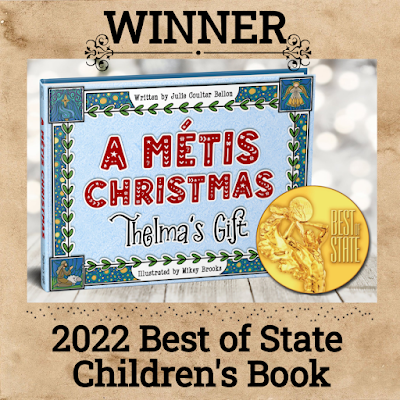 I am so excited to share that my children's book, A Métis Christmas: Thelma's Gift, has won the Best of State medal for Children's Books!
As you all know, this was a project very close to my heart and to have it honored with this award is absolutely amazing!
Posted by Julie Coulter Bellon at 10:11 AM No comments:

Could You Vote for Me? 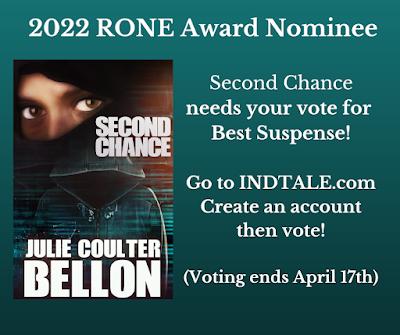 My romantic suspense book, Second Chance, is up for a RONE award and I need your vote to be able to move on to the next round! Voting is only open until SUNDAY. The books with the most votes will move on to the judges' round and I would love to see Second Chance move on!
If you have a moment, could you vote today?

In order to vote, you can click HERE  to log in or create an account. (It's free) They want to make sure everything is fair. If you are creating a new account they will send you an email to verify that you are really you. You must click that in order to vote.

Thank you SO much!
Posted by Julie Coulter Bellon at 8:30 AM No comments:

A Red-Letter Day for Me! 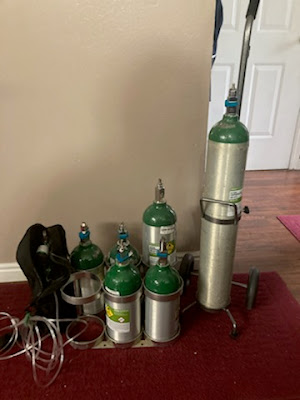 Well, the day I wasn't sure would ever come is finally here. After over seven months, my pulmonologist says my lungs have healed enough that I can go off supplemental oxygen completely! I still have work to do in strengthening my lungs, (I won't be running marathons anytime soon.) but they are working well enough on their own. Yay!
To tell you the truth, though, it's a little scary for me to not have oxygen in my house anymore. When I mentioned that fear to the pulmonologist, he said that feeling is normal when your lungs have felt oxygen hunger. It's something like PTSD in the way that your body doesn't forget what being starved for oxygen felt like. So, being worried about not having oxygen readily available after what I've been through is normal. Which is reassuring, in a way. It's funny, when I first got the oxygen concentrator to help me breathe, it was so loud and sounded a bit like Darth Vader in my room. I didn't know how I'd ever sleep through the noise. But after seven months, that sound has become so comforting to me, and it will be so strange not to have it anymore. But I just need to remind myself that I'm strong enough to breathe without it. I can do this.

It's been quite the journey for me these last seven months. I won't ever be the same as I was, but things are slowly returning to normal for me and I am so, so grateful. 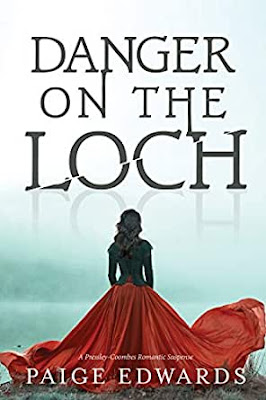 There is a flash sale going on right now for Paige Edwards' romantic suspense, Danger on the Loch. I haven't read this one, but the back copy makes it sound good!

Raised by a cold and distant mother, photographer Paisley Clark has spent her life daydreaming about the father she doesn’t remember. Paisley’s dream turns to reality when a DNA test brings her in contact with the mysterious man. With her financial situation a disaster and her childhood friend James Pressley-Coombes working across the pond in Scotland, Paisley is emboldened to accept her father’s invitation to visit him.

She arrives in the Highlands only to discover that she isn’t Paisley Clark at all but a titled lady, the daughter of a Scottish duke. Despite the warm welcome and the comfort of James’s presence, dangerous undercurrents surround Castle Rannoch, her father’s estate. Overwhelmed, Paisley takes refuge in her camera and James’s steady presence to provide a sense of normalcy in her rags-to-riches transformation. But her once-easy relationship with James is changing, deepening beyond friendship in a surprising twist of events. Before they have time to examine their feelings, Paisley inadvertently captures a shocking image in one of her photographs—a picture worth killing for.
Posted by Julie Coulter Bellon at 8:09 PM No comments:

A New Authors Off the Page is Up! 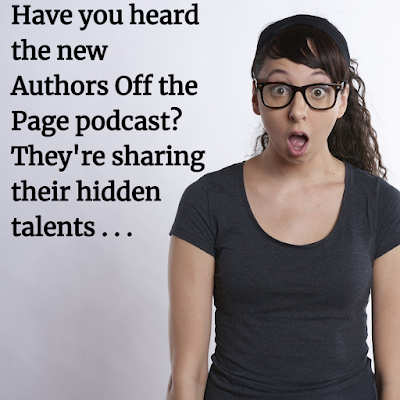 The new Authors Off the Page podcast is out and it is a bit . . . shall we say . . . surprising? And we all read from the manuscripts we're currently working on. A little sneak peek for everyone! You can listen wherever you get your podcasts. Come laugh with us!
You can also listen HERE
Posted by Julie Coulter Bellon at 8:00 AM No comments: