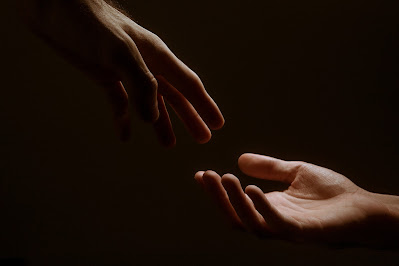 Today is a somber anniversary for me. At this time last year, I was admitted to the hospital and the doctor told me straight out he didn't expect me to last through the night. There's nothing that prepares you for news like that. Nothing that can prepare you for trying to say goodbye to your family over a cell phone. Nothing that stops your mind from thinking of all the family events and milestones you are now going to miss. And nothing more heartbreaking than wishing you could hold your husband's hand and kiss him one more time before you pass away, but you can't. It makes me cry just thinking about it.
Thankfully I received a miracle. I lived! I was given a second chance. It has taken me so long to recover and it's only been in the last month or so where my oxygen levels have truly stabilized and I have some energy and stamina again. But I'm SO grateful! I'm grateful that I was able to kiss my husband and hold his hand, I got to talk with my parents, my kids, and my friends. I got to hold my loved ones close and tell them how much I love them. I got to see my daughter perform in her dance concert, and see my son perform in the school play, I get to talk to my missionary each week, and be there when my grandchildren celebrate their birthdays. It's hard to explain, but once you've been so close to death, all those tiny moments have more meaning. Being with my family and making sure they know how much I love them is the most important thing in my life and I'm grateful I got the second chance to do that. I'm beyond grateful for all of my friends and family who prayed for me and sent messages of love and hope. You don't know how much that meant to me and still does. I will never forget it.

So, in a weird way, I am wishing myself a happy anniversary. I made it a year longer than the doctor thought I would. And I'm so glad and grateful I did.
Posted by Julie Coulter Bellon at 8:22 PM No comments: 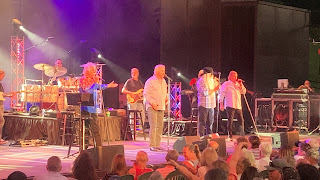 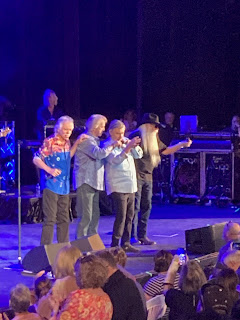 I went to an Oakridge Boys concert last night and relived some of my childhood. (I will never forget singing with my little brother and trying to do the Oom Papa Mow Mow part to Elvira! LOL)
I really enjoyed the show and seeing these country music legends. My husband knows all of their songs and sang along, which I loved (he has a great voice!)
I tweeted about it when I got home that night and mentioned how Joe told us during the concert that he Facetimes with his cat Barney when he's on tour because Barney misses him. Well, Joe saw my tweet and tweeted back a picture of him and Barney on Facetime! Isn't that so sweet? 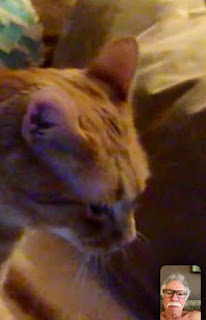 Posted by Julie Coulter Bellon at 9:55 AM No comments: 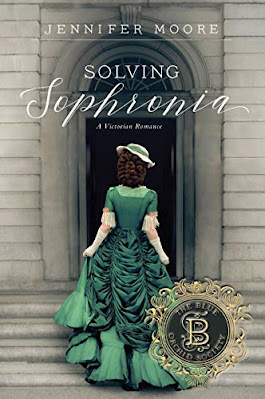 One of my favorites, Solving Sophronia, is on sale right now. The ebook is only $1.99! That's because the new book in the series, Healing Hazel, is coming out soon. But if you haven't read Solving Sophronia, and you need something new to read this weekend, you'll definitely want to pick this one up!

Lady Sophronia Bremerton is a far cry from the typical debutante, but she’s the toast of London’s upper class for one simple reason: she’s a society columnist for the London Illustrated News, and the gentry loves seeing their exploits printed in the gossip pages. But Sophie has bigger plans—she aspires to be an investigative reporter. When a stuffy ballroom during yet another Season proves to be nothing more than the usual rumor mill, Sophie seeks respite in the library, alongside four other young women who, for their own reasons, are also looking for escape. As the conversation turns to their secret ambitions, the women form a sisterhood and a bold plan: they will make their dreams a reality, no matter the obstacles. Thus begins the Blue Orchid Society.

Hearing of a murder in a London rookery, Sophie seizes the opportunity to prove her skills. Detective Jonathan Graham doesn’t believe a civilian, a noblewoman at that, should be anywhere near a murder investigation, but Sophie insists on helping bring the killer to justice. Her investigative prowess doesn’t go unnoticed by the police, especially Jonathan, who can’t decide whether this intrepid reporter is a thorn in his side or the woman of his dreams. But as the case grows more complicated and dangerous, their very lives—and their hearts—may be at risk.

Posted by Julie Coulter Bellon at 6:24 PM No comments: