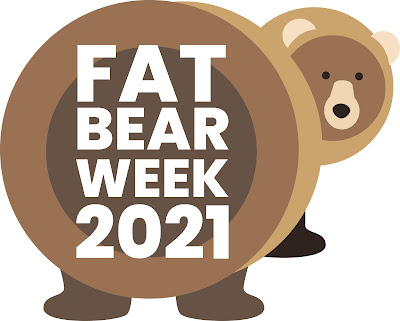 I found out about Fat Bear Week last year and it's so fun to watch. Have you been watching?

The premise of Fat Bear Week is that you observe these brown bears from Katmai National Park in Alaska and you vote on which one you think is the fattest as they get ready for hibernation. There are some BIG bears on there! And some cute ones, too.

So when you vote, it's a single elimination tournament and the one with the most votes advances in the tournament standings until ONE is crowned the fattest bear. It's just something fun, but educational, too, as our family has learned about bears as we've been watching, and we have a lot of back and forth on who to vote for!

If you'd like to watch and vote, you can go HERE

Posted by Julie Coulter Bellon at 11:30 AM No comments:

In the Non-Fiction Corner: When You Let God Prevail

In the Non-Fiction Corner With Lauren

This booklet is an adorable little read about what God promises you when you let Him prevail in your life.
The author talks about several things that the Lord does for us, and she includes scriptural examples as well as examples from her own life. My favorite part of the booklet was when she talks about how God saves us because we are worth saving. He loves us all individually. He went into the garden for me, not just my neighbor. He suffered for my sins so I can be forgiven, not just my best friend.
Condie gives profound insight into the promises of the Lord and what can happen when we turn our lives over to Him.
Get your copy here
Here is the back copy:
In his October 2020 general conference address, President Russell M. Nelson posed a powerful question to members of the Church: Are you willing to let God prevail in your life? In response to this query, popular author and Real Talk podcast co-host Ganel-Lyn Condie delves into seven key concepts that illustrate what the invitation to let God prevail; means in your life and the steps you can take to allow the will of the Lord to guide your actions day to day. Learn what you can do to more fully offer the Lord a willing heart and discover the mighty miracles that can be yours as you allow His will to prevail.

Posted by Julie Coulter Bellon at 10:30 AM No comments:

Book Review: An Engagement of Sorts 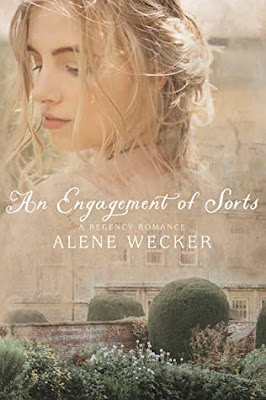 I was excited to participate in the blog tour for An Engagement of Sorts by Alene Wecker, but wasn't able to post due to my illness. But, today, I wanted to at least post my review of this historical romance debut! (And isn't that a great cover?)

Anne Fletcher is a young woman with ideas on how her life should be led, but society, with all its strictures, doesn't agree. Anne has a hard time finding anyone who sees and accepts the real her, and her thoughts and opinions are often cast aside. Her mother is ready for Anne to be out of her hair and decides its time for Anne to be married off. Her father has agreed to let Will, the local vicar, court her, even though Anne thinks of Will as her brother. Anne is headstrong enough to want to choose her own husband, so she is allowed the chance to go to London in order to find one, but if she can't, she'll marry Will.  While in London, Anne does her very best to try and fit in, but nothing seems to go as planned. Renewing her acquaintance with Mr. Thomas Paling, who is so infuriating and fascinating at the same time, complicates Anne's feelings even more. Can she trust what her heart is telling her?

I really enjoyed the scenes between Thomas and Anne. They were both dealing with incidents in their pasts that had affected them and their behavior. Thomas was such a great hero, and there were some laugh out loud moments when he'd aggravated Anne. I liked his wit and willingness to help and accept Anne and I really enjoyed watching their romance unfold. Anne has had a lot to deal with in her life. She is quite passionate, but also young and her actions show that lack of maturity when she often gets herself into scrapes that could have been avoided. I thought she did begin to find her footing, though, that showed her growth as a person and made her more endearing. I also liked the little intrigue to try and catch a villain and that kept me turning pages. The setting was described with just enough detail for the reader to be able to imagine it, and the secondary cast added depth to the story. I thought this debut novel was well-done and will definitely be looking for more by this author!

Much to her mother’s dismay, spirited Anne Fletcher spent her youth seeking her father’s approval by hunting and riding. More comfortable in breeches than ball gowns, Anne sees the freedoms she once enjoyed slowly taken from her in the name of fashioning her into an eligible young lady. When her parents try to force her into marriage, Anne makes a desperate attempt to salvage her last vestige of independence. If she is to marry, she will do so on her own terms.

Anne strikes a deal: if she cannot secure a man for herself, she will agree to marry the husband her parents approved. She soon finds herself in the last place she would ever choose—that stifling parade of etiquette, the London Season. Anne’s plan is in motion. Now all she needs is a man willing to masquerade as her fiancé.
Posted by Julie Coulter Bellon at 2:33 PM No comments:

I've Been Missing For A While---But Now I'm Back! 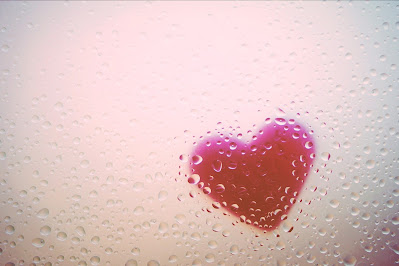 Well, it's been a little while since I've posted here. Just over a month, actually. I've posted nearly every weekday on this blog for over ten years, and it's strange to not have posted for such a long period of time. But a lot has happened in my life in the last month.
Some of you know I ended up in the hospital and very near death. I'm so grateful to still be here. I'm recovering at home now, but it's going to be a long and slow recovery. My life is so different now. I'm going to be learning how to be patient with myself in the months to come. Something I've probably needed to learn for a long time. Life lessons always seem to find a way to us whether we want them to or not, don't they?
I do feel like my perspective has changed on so many things after what I've experienced, but one thing is for sure, I'm grateful for the friendships I've made here on this blog, even if we've never met in person, but know each other through our mutual love of books. Thank you so much for being my friend. That truly means a great deal to me. More than you know! And I hope we'll always remain book friends, no matter what.
Posted by Julie Coulter Bellon at 8:43 PM 3 comments: