Researching As A Writer 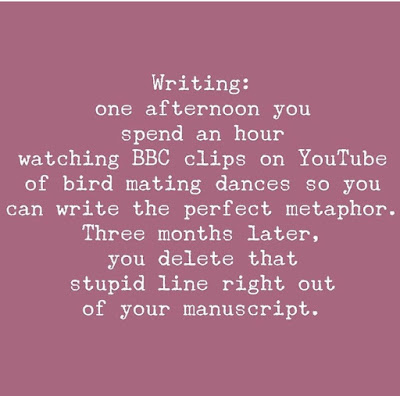 Writing is such a strange profession. I can research for days on the most obscure topics. For example, in my upcoming book I had to research the layout of an oil terminal in Libya. I can tell you so many facts about that! For some of my older books I've researched things like cargo ships, classic cars, guns, rifles, Algerian food, prison security, locks on nuclear facilities, I mean, it's so crazy to have all these hours of research just to get minor details right!

One time when I was researching cargo ships, there was a documentary about that very thing. It seemed so providential! So there I am taking notes and so excited about this documentary and my kids came in and were so confused. They did not think cargo ships were very interesting! Haha. But I like to think I nailed those cargo ship scenes and if cargo ships ever come up in conversation, I'll have something relevant to say!

I have to admit, though, I do love the research part of writing. I want to get things right in the story, to give my readers an experience, to transport them to another time and place and make it believable. That's why I research so meticulously.

But, just like the quote says, sometimes I do all that research for one line and then it ends up getting cut anyway! I like to think the research was still worth it, though. Maybe I'll use what I learned in a later book, who knows?

Until then, my head is filled with a strange amalgamation of details. But, for writers, that could be considered a badge of honor!

What's the strangest bit of knowledge you've ever come across?

Posted by Julie Coulter Bellon at 7:30 AM