Book Review: Willa and the Whale

Willa and the Whale is a tender and poignant story about Willa, a twelve-year-old girl who has lost her marine biologist mother and is now living with her father and stepmother. She's trying to deal with the ocean of grief she's swimming in, but is struggling, until she meets Meg, a whale who can talk to her. (I loved Meg! So fun.)

I really enjoyed Willa's voice in this story. It's so authentic! The authors have done a magnificent job of really portraying the life of a young girl dealing with grief and family and school issues. I loved all the symbolism with the ocean, the secondary characters, especially Willa's friend Marc. Chad Morris and Shelly Brown just have such a way of touching a reader's heart.

I loved Willa's journal entries and how she begins to learn to cope with her grief with the help of Meg. The authors address difficult topics in such a sensitive way and combine it with just enough lightheartedness that it doesn't feel heavy. I think this is the perfect book to read with tweens and teens, not only for the entertainment value (who hasn't wanted to talk to a whale!) but it is sure to spark some good conversations about how to deal with grief and loss and that there is always hope, no matter what.

This is another one for our keeper shelf!

Can a whale talk to a human? Willa thinks so . .

After losing her mom, Willa is grieving and having a hard time living with her dad and his new family on an island off the coast of Washington State. Her dad tries to cheer her up by taking her whale watching, something Willa's mom used to do.

While all the passengers are on one side of the boat, Willa encounters a humpback whale on the opposite side. Willa feels so lonely that she starts to talk to the whale—and the whale talks back!
The whale, named Meg, quickly becomes a trusted friend and confidante Willa can speak to whenever she's by the ocean.


Meg offers sound advice Willa needs about dealing with a nemesis at school and trying to figure out why her friend Marc is keeping secrets about his family life.

Before the story ends, it will take all of Willa's courage and connections to tackle a problem that's as big as a blue whale! 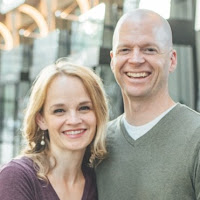 SHELLY BROWN was born in the Northwest and grew up near the ocean. It’s a part of her. She can surf and point out all sorts of sea creatures and plants (though not necessarily at the same time.) Now that she lives in the mountains, she has saved money, planned, and taken Chad and their five kids to both coasts to swim, surf, search tide pools, snorkel, and watch sea lions, seals, turtles, whales, and more. Her soul speaks ocean.

Growing up, CHAD MORRIS was fascinated by blue whales. He read books about the world’s largest creature and did grade school reports on them. He drew pictures of them and taped them to his wall (the pictures, not whales—that would be impossible). He would love to see a blue whale in real life, but he’d rather not meet a Bobbitt or zombie worm. Seriously, he’d prefer his bones not become jelly.
Posted by Julie Coulter Bellon at 10:13 AM