The Captain is Now Available in Audio! 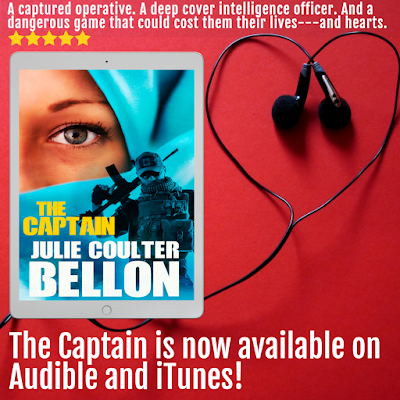 When I was writing The Captain, I was looking for a name for my heroine who was a Canadian undercover operative in an impossible situation. I remembered that an old friend of mine from high school had a daughter named Brenna, and I really loved that name, so I went ahead and gave it to my heroine in the book.

I was so happy with how well the name fit the character and I loved Brenna and Colt's story! The Captain went on to be a RONE award finalist for Best Suspense, won a Crowned Heart Award for Excellence, and was a #1 bestseller in Action/Adventure romance.

And TODAY, it is finally available in audio book form with an amazing narrator named Tristan Wright. He really captures the heart of the characters and brought the book to life. I can't wait for you all to hear it!

If you want to get your audio book, you can get it on iTunes here or Audible here 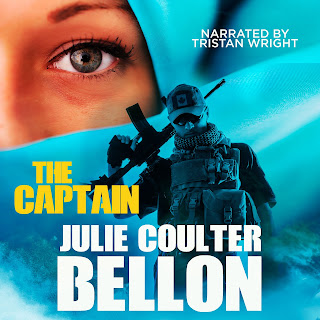 A captured operative. A deep cover intelligence officer. And a dangerous game that could cost them their lives---and hearts.

Captain Colt Mitchell is part of the elite Griffin Force team hunting down terrorist Nazer al-Raimi. After an attack on the Canadian Parliament buildings, the team gets good intel on Nazer's whereabouts. They plan to grab him, but when the mission goes wrong, Colt is captured and dragged away. Bruised, restrained, and disoriented, Colt is stunned to see Brenna Wilson, the Canadian intelligence officer who broke his heart years ago, standing next to Nazer. But how deep is she in the operation and can she help Colt escape?

After the devastating attack on Canadian soil, Brenna is recruited to go undercover to find out what Nazer is planning next. She's close to her goal until her former flame Colt Mitchell is taken hostage. Walking away from him has always been her biggest regret and she knows she has to save him, even if it blows her mission. Taking matters into her own hands, she pulls off a daring escape, but Colt and Brenna must learn to trust each other again if they want to stay alive. With their hearts and their lives on the line can they survive long enough to stop Nazer from ravaging another country's sense of security?
Posted by Julie Coulter Bellon at 9:04 PM