I'm excited to be spotlighting a new movie coming out on October 12th called Jane and Emma. It's based on the life of Sister Jane Manning, one of the first black Mormons. It looks so interesting to me as the film explores the lives of two different women and how they were affected by the martyrdom of Joseph Smith. There's also a giveaway, so be sure to scroll all the way down and enter! 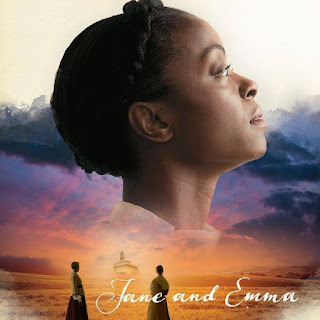 The movie also features the title song “Child of God,” performed by The Bonner Family.

“This is a story of faith. In spite of all the hardships these women encounter, one of the things I love the most about this story is how deeply both women want to love God and obey him, even when what he is asking them to do seems impossible,” remarked Director Chantelle Squires.


a Rafflecopter giveaway
Posted by Julie Coulter Bellon at 10:08 PM