I am so THRILLED to reveal the cover the fourth and final full-length novel in my Hostage Negotiation Team series. 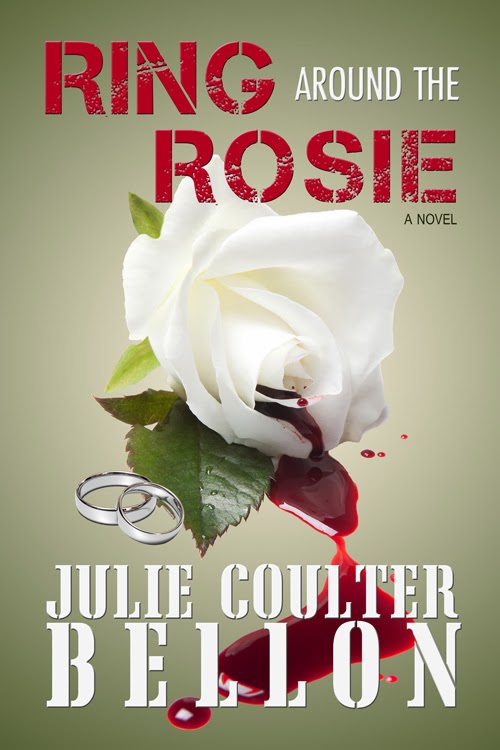 Isn't it gorgeous? I can't wait for you all to read this one.  It will be released in May 2014 and is Captain Reed's story.


Here's a look at the series covers all together.  *stares at screen*  I have so loved writing these books!

And just because I love you and I'm so excited about cover reveal day, I'm going to give you a sneak peek of the first chapter of Ring Around the Rosie.  Let me know what you think!


Ring Around the Rosie
by Julie Coulter Bellon
copyright 2014


Her words were cut off by a blast of hot air and fire, an explosion so large it blew them all backward.  Ron hit the floor hard and lay there dazed and groggy.  Glass and debris rained down. Confetti-sized menus and napkins floated like snowflakes in slow motion all around him. For a second the entire world was a silent tunnel with him at the end of it.  It would be so easy to just close his eyes and let the blackness suck him down into unconsciousness.  But he couldn’t.  Not yet.  Get up. Get everyone out.

(If you want to read more of the chapter click here)
Posted by Julie Coulter Bellon at 5:00 AM

Beautiful cover! And I love your use of nursery rhymes. :)

It sounds like another amazing book, Julie! Can't wait to read it!

Oh! Why did you quit there! I need the second chapter!!! Please?!?! So good. Can't wait to read the book. I love the cover, too!

Thanks, Ronda, Mindi and Julie!

Debra, that isn't even all of the first chapter, it's only half. :)

I cry foul!!!! You promised the whole first chapter!!! Cough it up, like, right now.

Debra, it was too large to put all in one blog post! I had to break it up. Don't kill me.

I have an email address, you know. :)