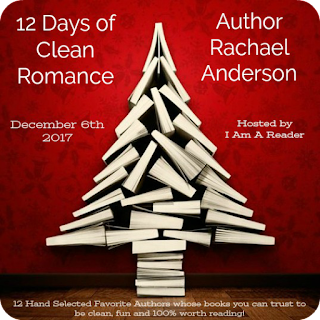 I have read almost all of Rachael Anderson's books and thoroughly enjoyed them! (She has another one coming out in the spring that I'm really looking forward to.) If you love great characters and sweet romance, then you have to try a Rachael Anderson book. Be sure to scroll all the way down and enter the giveaway!

TANGLEWOOD SERIES by Rachael Anderson
Three charming tales of tangled deception and love.
Oh, what a tangled web we weave When first we practise to deceive! —Sir Walter Scott, Marmion

THE FALL OF LORD DRAYSON - When handsome and arrogant Lord Drayson awakens from a fall with no recollection of who he is or whence he came, the fiery and headstrong Miss Lucy Beresford takes it upon herself to humble him.

THE RISE OF MISS NOTLEY - To escape an unwanted marriage, Miss Coralynn Notley must give up her riches for rags and become a servant in the household of the daunting and mysterious Mr. Jonathan Ludlow.

THE PURSUIT OF LADY HARRIETT - Lieutenant Jamison is arrogant, ungentlemanly, and irritating. When Lady Harriett Cavendish sets out to put him in his place once and for all, she discovers there is more to him than meets the eye, and when it comes to matters of the heart, she has no control whatsoever.

My Sister's Intended by Rachael Anderson

For as long as Prudence can remember, it has been understood that her sister will one day wed the eldest son of their nearest neighbor. Such an alliance will benefit both families and bring a great deal of joy to all parents involved. Unfortunately, Prudence has never been able to feel as joyful. She believes her sister is mad to consider marrying a man she hardly knows, even if he will one day make her a countess. Titles and wealth shouldn't factor into matters of the heart, and as an aspiring romance novelist, Prudence cannot fathom how anyone could even think of settling for less than love. She certainly wouldn’t, and she doesn't want her sister to either. Unable to stand by and do nothing, Prudence sets out to help the awkward couple discover the best in each other with the hope that they will eventually find love. What she neglected to foresee, however, was that she might fall in love with Lord Knave herself.

A USA Today bestselling author, Rachael Anderson is the mother of four and is pretty good at breaking up fights, or at least sending guilty parties to their rooms. She can't sing, doesn't dance, and despises tragedies. But she recently figured out how yeast works and can now make homemade bread, which she is really good at eating. 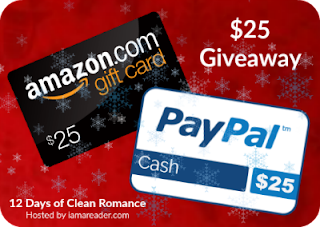 $25 Amazon Gift Card or Paypal Cash Giveaway
Ends 12/19/17
Open only to those who can legally enter, receive and use an Amazon.com Gift Code or Paypal Cash. Winning Entry will be verified prior to prize being awarded. No purchase necessary. You must be 18 or older to enter or have your parent enter for you. The winner will be chosen by rafflecopter and announced here as well as emailed and will have 48 hours to respond or a new winner will be chosen. This giveaway is in no way associated with Facebook, Twitter, Rafflecopter or any other entity unless otherwise specified. The number of eligible entries received determines the odds of winning. Giveaway was organized by Kathy from I Am A Reader and sponsored by the author. VOID WHERE PROHIBITED BY LAW.

a Rafflecopter giveaway
Posted by Julie Coulter Bellon at 10:59 PM