Author Emily Debenham has two cute Christmas short stories out that are sure to put you in the Christmas spirit.

The first one is On Thin Ice. Holly Opland is a pro on Skating with the Stars, when her knee injury is aggravated and the show lets her go. Her entire life has been skating, so what should she do now?

With the paparazzi hot on her trail, she leaves L.A. and ends up in Ranchette Station, a small town where her former skating partner Colden Holt is from. When she meets up with Colden again, the feelings she had for him resurface. But is she truly ready for a romance when her life is so up in the air?

I thought the author did a good job of setting the scene and really bringing Ranchette Station and its residents to life. The romance was sweet and my only complaint is the same one I have with all short stories---I wish it was longer! A very cute read.

Professional ice skater, Holly Opland is cut from a popular reality TV show Skating with the Stars, due to an old knee injury. When the media gets wind of her career-ending medical issues, Holly decides she needs to disappear. She flees to the small town of Ranchette Station, which also happens to be the hometown of Colden Holt--her skating partner from season one. When their old chemistry returns Holly has to decide whether an entire lifestyle change is worth the price of love.

The second short story is Double-Booked. Eve Matthews is in charge of the Christmas Ball at Ranchette Station. The traditional ball has been held on the third Saturday of December for seventy years, but this year, her ball gets double-booked with her boyfriend Janus's tradeshow. When Janus refuses to give her the date, she breaks up with him. He probably wasn't that serious about her anyway, right? But that decision starts a chain of events that may need a Christmas miracle to put right. This one was another cute read, full of angst, but I still wished it was longer. I just really enjoyed this little town with all its quirky characters!

Eve Matthews is in charge of the biggest event of the holiday season—a charity Christmas Ball. Her planning committee is charging full steam ahead to throw the most romantic party of the decade until she discovers that her boyfriend Janus Clairbourne, head of Ranchette Station's Woodworkers Association, has double booked his tradeshow with her Christmas Ball. This misunderstanding could destroy a century-old charity organization and Eve's hopes for a romantic Christmas proposal. 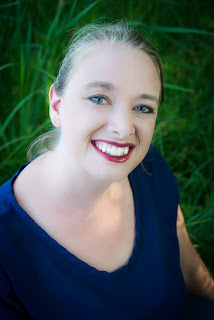 Interview with the Author!

Tell us about your publishing journey. Have you always wanted to be a writer?

Emily: I have always liked writing stories. I wrote a story in elementary school and gave it to my teacher and she wrote a sweet note on it saying I’d be a wonderful writer one day. So, during my school years, I took all the creative writing electives I could. I went to community enrichment classes and both major and minor writing conferences. I was a member of a writing group for five years in college, the members of which are some of my dearest friends to this day. When the independent publishing craze came around at first I felt like I wasn’t good enough to publish anything. Then I had one of these mental epiphanies where you realize how crazy you’re thinking. I’d been actively reading and critiquing fiction as a hobby for ten years at that point. I finally gave myself credit for all the time and effort and study I’d put in. I realized I knew what I was doing well enough to judge when I had something worth sharing with an audience. When I finished On Thin Ice I knew it was an idea that had potential and that it was worth putting out into the world.

Where did you get the inspiration for your stories?

Emily: I find inspiration in different places for each story. I had a vague idea of writing something western and rural for my novelette series. I decided I needed a place name and so I searched a list of towns on the internet. I came across the town Ranchette Estates in Texas and was struck. What was a ranchette? I read some news articles about a new trend of cutting big ranches into little acreages called ranchettes and the setting for my story was born. It was perfect for what I was trying to do.

If you could time travel, what era would you go to?

Emily: The answer to this question could change depending on my mood for the day. I’m a history major so there are lots of things I’d love to see in the past. Right now, I’d love to go to ancient Rome. I’d want to meet Cornelia Africana or maybe Octavia the sister of Augustus.

What does your family think about your writing?

Emily: My husband Kindal was actually really excited about the Ranchette novelettes. He thought it was an awesome idea. He is also a writer so we talk about our creative projects a lot. Kindal and I met in the college writing group I mentioned earlier. We don’t always love all the projects the other person works on but we value the fact that we’re both creative. It makes our lives interesting and joyful. When I struggled with the plot for Double Booked Kindal helped me figure out how to convey my original vision for the story when it had gotten lost in a bunch of rewrites.

Do you listen to music when you write? Have a snack you always have near you when you're writing? Any writing quirks?

What book are you reading right now?

Emily: I am reading Dancing on Broken Glass by Ka Hancock

What was your favorite childhood book?

If you were stranded on a desert island, besides food, water, and shelter, what would you have to have?

What project are you working on now?

Emily: I am in the awkward bouncing around stage where I haven’t settled into a project yet. But I’m working on a historical romance and a couple more Ranchette novelettes here and there.

Tell us one unique thing about you that not many people know.