Well, after the awesomeness of last episode, it only seems fitting that we get an afterthought episode, I guess. Sort of like a little featurette of, hey, what happened after the team saves Hawaii from a horrific bioweapon virus and gets stuck together in quarantine with nothing to do?

We start out with a packed restaurant. (It's the Ridiculous Restaurant of Dreams!) Pictures of the Five-O team are on the wall, (I miss some of the people they showed.) Steve is schmoozing and chatting people up. Danny is in the kitchen tasting dishes and "supervising." (I felt sorry for the chef after a while). There is a TV in the kitchen that is showing a reporter talking about a veteran detective shot and killed at the King's Medical Center. Danny asks if Steve knows him and Steve says, "What do you mean, Danny, it's you." And then we find out that the Ridiculous Restaurant of Dreams was IN A DREAM!) When we cut to reality, Steve has a large mask over Danny's face and is saying stay with me. Uh oh. That can't be good.

When we come back it's twenty-nine minutes earlier and Steve is so bored that he's SHAVING HIS HEAD. (There might be a bit of shouting in this recap.) (Also, can we have a moment of silence for this style choice? I'm sorry, but he does not look good buzzed. Why? Why would he do that? Sigh.) The rest of the team is playing Fish (which is odd. Why not play a game that's not boring. Then maybe Steve wouldn't have shaved his head!) and they're complaining about being quarantined. Luckily, they get out in about six hours. A guy in a hazmat suit comes in and they all think it's the doctor until he takes out a gun. (Nope, not the doc) He orders them to put their phones on the table and zip tie their hands in front of them with their teeth. (Which actually looks kind of hard to do.) Steve is trying to talk to him and calm him down, but the guy is focused. He makes them get on their knees while he destroys their phones and the intercom. Then he takes off his mask. He doesn't care if he's exposed to the virus and isn't paying much attention to Steve at all. He just wants to know if Danny recognizes him. Danny is all 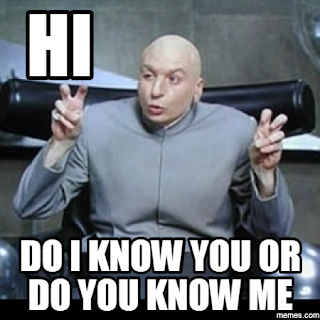 and the guy isn't having that and just shoots him. In the chest. But that's not all. Then he kills himself. Wow. I guess he's really upset Danny had no clue who he was. (My question is how did he know Danny was in there? Also, how did he get a gun into a hospital? So many questions.)

They break dishes to get glass so they can cut off their zip ties. (What quarantine place would have real glass dishes?) Steve is looking at the chest wound with Junior, assessing the entry and exit points, while Danny starts to dream/hallucinate Grace on her wedding day. She has cold feet and is scared that love won't be enough. He tells her it's hard work and she knows that. (It was actually a sweet scene, I thought.) Lou is waiting downstairs, yapping about how she has to come down because he spent so much money on the booze at the rehearsal dinner. He's on a fixed income now, you know. (I rolled my eyes at this. That's what he's worried about? Really? On his son's wedding day?)

We go back to reality where Tani has found an explosive on the door. That guy REALLY wanted Danny to recognize him. 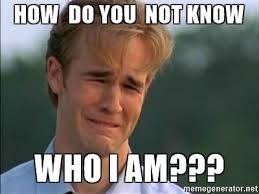 The bomb looks sophisticated, so they're not going to touch the door in case it blows. Steve is trying to do triage on Danny and tells Tani to figure out how to get someone up here. She snaps back, "How can I do that?" And Steve lets his composure slip a bit and just yells, "Figure. It. Out!" (Seriously. Does she have to have someone holding her hand with everything?) She throws a minor tantrum and starts pitching chairs AT THE DOOR WITH THE BOMB. (Good thinking there.) Steve and Junior are trying to take care of Danny. They think he punctured a lung and move him to the table. (Hopefully they cleared the glass shards and all) Tani is finally thinking things through and finds an extinguisher that she uses to break out the drywall in the bathroom so she can pull out a pipe and get a water leak going. (I hope no one had to go!) Steve gets Danny on some monitors and they cover his entry wound with tape and gauze while they use the dead guy's respirator for Danny's oxygen levels. (For some reason the fact that that was the last thing the dead guy breathed into grosses me out.)

A nurse downstairs notices water dripping from the ceiling and brings a repairman. She sees that something is wrong and calls a code blue. Steve apprises her of the situation and says to get the bomb squad. SWAT must have been on standby (or they are located next door) because they get there in minutes with HPD and Lou, and they start clearing the building. Tani makes herself useful and holds up a mirror so they can see the bomb while a doctor is walking Steve through the procedure for relieving the air pressure in Danny's chest. Bad news, though. The bomb is motion sensitive and they need an x-ray. That yields more bad news: it has mercury switches which are hard to defuse, but the good news is, it won't go off until it's triggered. Lou tries to explain they need a plan or McG will make his own insane plan. (Hey, those insane plans almost always work!) The bomb squad guy doesn't seem to really get it. He just sort of stares at Lou a lot.

Danny is now dreaming/hallucinating Charlie's graduation from the Police Academy. Duke is delivering a motivational speech and everyone is there and looking older. Tani and Junior are married and kissing in the audience. Everyone has cool futuristic phones to take pictures with and hey, Kame owns two luxury resorts now! Tani takes off for a case (seriously? She runs Five-O in Danny's mind? Oy) She wants Charlie on Five-O though. We come back to reality and Danny is crashing with a tension pneumo. (My son had that once. So scary!) He then dream/hallucinates about seeing Adam after his baby girl is born. Lots of welcome to parenthood, don't forget to learn how to swaddle. Adam wants Danny to teach him, but he's dealing with his gunshot wound which bleeds on his shirt in the hallucination/dream. In reality, Steve cuts open his chest, cutting through flesh and tissue (ew.) Air escapes and his vitals stabilize so they gauze it up. Danny needs surgery, though. Steve feels like they are even on the liver donation, with cutting open his chest. (I totally agree.)

Lou says they'll get them out. Their plan is to blast through a back wall, but after everyone hunkers down with mattresses, the blast only makes a little hole. Haha. All that buildup for nothing! That poor bomb guy looks dejected and tells Lou he can do another one! A bigger one! But it will take fifteen minutes. (Why? Do they have to run to Home Depot for blast caps or something? They blew their wad on that one little shot?) Lou goes a little crazy and just hacks through the wall with an axe to get them out. (That seemed like the simplest solution anyway. Why wasn't that the original plan?) Steve has to stay behind as they wheel Danny away until he gets tested for traces of virus. (He couldn't do anything anyway, but hopefully someone gets him a new phone or regular updates or something.) (Also, do they have to stay in the flooded quarantine place with the dead guy?)

They get Danny into surgery. Out in the waiting room Eric calls his mom and Rachel (she's on the mainland with the kids already. Wasn't Jerry just babysitting them in the last episode?) Everyone is rallying around Eric, who is really upset, telling him Danny will make it. Steve, Tani, and Junior have no trace of the virus so they come and wait, too. Steve pulls Lou aside, nothing on the gunman or the gun. Weird. He just appeared out of thin air with nothing to live for after Danny didn't recognize him.

Danny is now hallucinating/dreaming that him and Steve are old, sitting in beach chairs, drowsing and arguing. Steve is talking about Clara (who's Clara?) going to the academy in the fall. He's also smoking a disgusting pipe. Danny says he told Clara that he wouldn't change anything in his life, except who his partner was. (The makeup for them as old men was actually pretty good, but they didn't age well, if that's what they're going to look like. And pipe smoking is a terrible, smelly habit.)

Back to the waiting room where everyone comments on Steve's haircut. Jerry is the only one who likes it. It's really not a good look on him at all, and Kame tells him he doesn't have the head shape to pull it off. Definitely not rocking the dome. (I wholeheartedly agree!) The surgeon comes in and says Danny will be okay. Hugs all around! Then we see Danny in the hospital, smiling as they all recount Steve saving his life by putting his finger in his chest to stop his heart from getting crushed. Danny wants to know if he washed his hands. Steve says he's a baby. (*nods head*) Steve gets a call because Jerry has info on the gunman. He used Joshua Hollister as an alias and someone with same name went to hotel room two days ago. We get a backwards foot breach (yay!) to that hotel room and they find a pic of Danny on the table with "He Deserved to Die" written on it." And that's all we get. No answers as to who the guy was. No reaction on Danny's part to his dreams/hallucination.

Yeah, the episode just felt like filler to me. Oh well. It was interesting filler on where Danny sees the future going. I hope he's not a fortune teller, I'll tell you that much!

The Christmas episode aired right after and I'll recap that one in a few days. What did you think of the Danny gets shot episode? Did you watch?
Posted by Julie Coulter Bellon at 10:57 PM

I did watch and out of the 2 eps I guess this one was the better of the two, but I agree with you in hope Danny isn't a fortune teller as that future wasn't really to my liking. Not sure what the deal is to end 2017 with 3 Danny centric eps in a row?!
What I did like though was to see Steve in action and still having his ability to think on his feet and to get stuff done, at least the mystery gunman switched him out of boredom mode.

You know, it does seem like the show is telling more of Danny's story now than Steve's. There's just so much more of Steve's to tell, though! Hopefully in the new year we'll get more of him.

I like how you look at the silver lining of Steve getting out of boredom mode. Too bad that gunman couldn't have come in five minutes earlier and saved him from buzzing his hair! Haha.