Ring Around the Rosie Blog Tour Kickoff & Giveaway! Don't Miss This One!

Ring Around the Rosie Blog Tour and Giveaway!

Today is the kickoff for the blog tour for my new novel, Ring Around the Rosie! There are some awesome prizes being given away, (like a Booklovers Basket and a four book set of the Hostage Negotiation Team series! Or a $30 Amazon gift card!) so be sure to scroll down and enter to win!

Here's the blog tour schedule so you can read the reviews and get some more entries:

Ring Around the Rosie 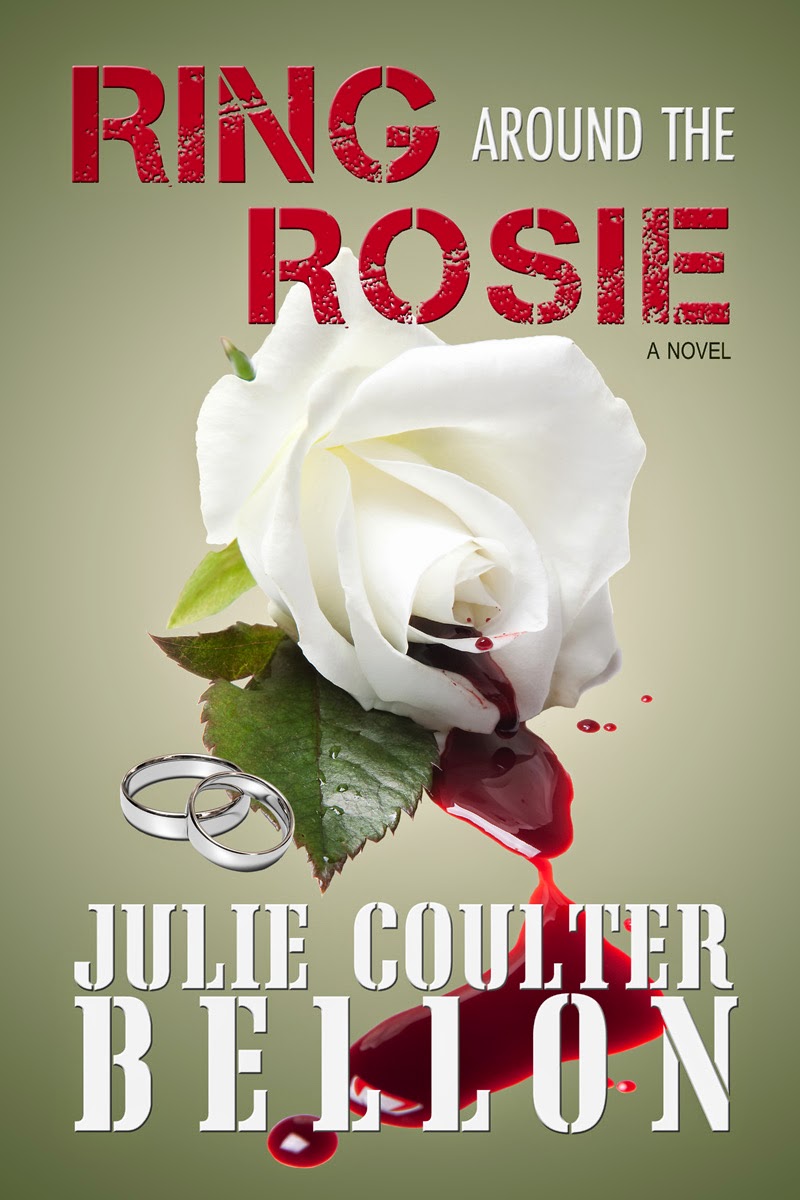 As the ex-wife of a law enforcement officer, Sarah Reed has known loneliness and loss. In order to cope, she makes a life for herself that's full of routine while building a wall of ice around her heart. Everything about her is as predictable as she can make it until a tiny detour for her ex-husband, Ron, changes her life forever. Caught in a bomb crisis, Sarah is taken hostage by a man who wants Ron and everyone around him to suffer---and his idea of suffering is more terrible than Sarah had ever dreamed.

Captain Ron Reed has seen the worst of humanity in his job with the Hostage Negotiation Team, but he never expected his past to come back with a vengeance---literally. Aaron Starks, a criminal explosives expert, has stolen next-gen bomb technology and uses it to force Ron to bargain for the lives of his team and his ex-wife, Sarah, the woman he still loves. But the situation escalates when Ron discovers that Starks has an even bigger objective in mind---using the bomb to show how vulnerable America and her people truly are.

Ron is willing to risk everything to save his country and those he loves, but when negotiations break down, will his sacrifice be too little too late?


Her words were cut off by a blast of hot air and fire, an explosion so large it blew them all backward. Ron hit the floor hard and lay there dazed and groggy. Glass and debris rained down. Confetti-sized menus and napkins floated like snowflakes in slow motion all around him. For a second the entire world was a silent tunnel with him at the end of it. It would be so easy to just close his eyes and let the blackness suck him down into unconsciousness. But he couldn’t. Not yet. Get up. Get everyone out.

“Sarah?” he croaked. He tried again. “Sarah?” His legs felt like lead and the urge to just lie back was stronger than ever. No. Keep moving. “Claire?” He coughed and tried to catch a breath, but couldn’t get the oxygen to his lungs. With a shallow intake of air, he turned over on his stomach and used his arms to raise himself to a sitting position. The inside of the diner looked like a destructive madman had rearranged it. The booths were toppled or stacked on top of each other. The hostess station was next to him now. The only thing that was still standing where it had before the blast was the four walls, the ceiling, and the antique counter. “Sarah,” he called again. “Bart? Colby?” The little girl. Was she still in the back with her mother?

No one answered. Where is everyone? He crawled forward. Sarah had been nearly right beside him. Now there was no sign of her. He rubbed his eyes and coughed. Moving slowly, he prayed she was alive. It didn’t take long to find her sandwiched between an overturned booth bench and the podium for the hostess station. With some effort he managed to maneuver close to her, the adrenaline kicking in as his blood pounded through his system. Don’t let her be dead. Not like this.

Praise for Ring Around the Rosie

"Julie Coulter Bellon proves once again she is a master at capturing her audience from the very first page . . . Unlike most suspense novels, the most suspenseful portion of Ring Around the Rosie is the first two thirds of the book . . . Suspense readers as well as anyone who just enjoys an absorbing story will enjoy this one."  ---Jennie Hansen, Meridian Magazine

Julie Coulter Bellon is one of my favorite romantic suspense writers, and this book is her best so far! It charters deep emotions and a complex plot. At the same time it traces the resurrection of a marriage. It has good writing, good plotting, and a very satisfying ending.  ---Award-winning romance author, G.G. Vandagriff

Julie is married with eight children and eleven published books. She loves to travel and her favorite cities she's visited so far are probably Athens, Paris, Ottawa, and London. She would love to visit Hawaii, Australia, Ireland, and Scotland someday. She loves to read, write, teach, watch Castle, Hawaii Five-O, and eat Canadian chocolate. Not necessarily in that order.

Open only to those who can legally enter, receive and use an Amazon.com Gift Code or Paypal Cash. Winning Entry will be verified prior to prize being awarded. No purchase necessary. You must be 18 or older to enter or have your parent enter for you. The winner will be chosen by Rafflecopter and announced here as well as emailed and will have 48 hours to respond or a new winner will be chosen. This giveaway is in no way associated with Facebook, Twitter, Rafflecopter or any other entity unless otherwise specified. The number of eligible entries received determines the odds of winning. VOID WHERE PROHIBITED BY LAW.

a Rafflecopter giveaway
Posted by Julie Coulter Bellon at 12:00 AM

Love these books, and looking forward to this new one.

All four books are totally awesome!

I would love to go the French Polynesia. I saw a hotel online once that had glass bottomed floors and thought that would be amazing to see! Looking forward to your book!

I want to go to Italy because that is where Darren has always wanted to go!! We want to see everything we can in beautiful Italy!!!

I have done a fair amount of travelling, but Bhutan is on my list of places I HAVE to see. Only limited travel passes are available per year but I have heard it is one of the most beautiful places on the planet!

the caribbean or hawaii, somewhere the water is clear and warm... what a dream~!

I've been to lots of places in the world but not New Zealand and that's somewhere I've always wanted to go! It's on my bucket list! It looks gorgeous!

I'd love to go to Hawaii, or somewhere tropical.

I would love to travel to Europe. I know that is broad. If I had to narrow it down, perhaps Italy? But the list is extensive. Thanks for the opportunity to win!

Great Britain for the history.

I'd go to the Caribbean with my husband because he lived there a couple years and loved it!

I absolutely LOVE this book.

I'd love to visit Europe for the architecture and landscapes!

I'm a quarter Hungarian so I want to tour Europe, with a special stop in Hungary! I also want to visit my sister in New Zealand!

I would go to the Isle of Sardinia, Italy because I'd like to visit the place where some of my ancestors lived. :)

This is a tough one....I would love to visit several countries for different reasons.
I suppose I would first choose Essex, England. My grandfather was born there and the Family has a castle there. (my great-great -grandfather was disinherited when he left the Church of England)
I would like to visit that area and perhaps meet some distant cousins.

I think I'd go to Italy--Tuscany area

I would definitely go to Britain and then skip over to Scotland and the Shetland Isles. I'd include a visit to Ireland as well. Have you seen photos of these countries? So beautiful!

I would like to go to Greece to walk among the ruins.

I'd like to go back to Australia and visit the west coast because I haven't yet.

Yesterday I looked at doors on pinterest and got wanderlust so badly! I love to travel and see new places--especially ancient places. I can't wait to read your chilling book!

Oh it's so difficult to choose only one place! I guess I'd like to go to a Caribean beach.

It is hard to pick one place... Ireland, Wales, Spain, Australia... I would go somewhere to see more of the beauty of this world we live on! ;^)

Anywhere in Eroupe.. I just want to see the world. Thanks for the chance to win!