I've been reading the Belltown Six Pack novels and Charming the Shortstop is my favorite so far. I really love Axel and, though he is a pro baseball player, is also dealing with some family situations that give him an extra dimension. When he meets Brighton, who is still getting over her ex-fiance, the sparks fly. But can they find a way to trust their feelings for each other?

This book had so much swoon to it, I could hardly put it down. I liked the realistic obstacles Brighton and Axel were facing and the story also had some great secondary characters like Gabe and Silvia. There are appearances by other Belltown Six Pack members that provide a nice continuity. Ms. Moore's writing style is balanced and draws the reader in. The setting was well done and even those readers who don't really like baseball will love this story. But the best part was definitely the chemistry between the characters. It was off the charts. So good! I can't wait to start the next one.

He’s not looking. She’s been burned. But sparks fly, and they decide to go on a date. Just this once.

When professional baseball player Axel Diaz travels back to Belltown University for a friend’s wedding, he’s not planning on bringing a date. Until he meets Brighton West, the flight attendant who he can’t get off his mind. Although dubbed “Cold Axe” by some of his female fans, Axel asks Brighton to be his date to the wedding, all the while wondering why of all times and places he is breaking his no-dating streak. But the more he gets to know Brighton, the more he realizes she may be the one woman who can melt his cold heart.
Posted by Julie Coulter Bellon at 10:04 PM No comments:

Authors Off the Page is Now Available! 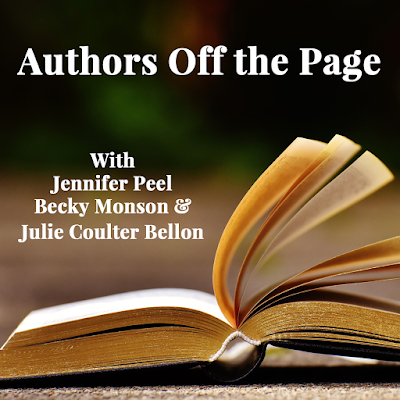 Did you know I'm part of a podcast called Authors Off the Page with Jennifer Peel and Becky Monson? We did our first one last week and had so much fun! Lots of laughter as we discussed new beginnings and fresh starts. Have you listened yet?

If you haven't, you can find us on iTunes here and Spotify here

You can also subscribe and be notified anytime we have a new show! Just hit that Subscribe button under the image.

I hope you listen and then come back and tell me what you think!
Posted by Julie Coulter Bellon at 7:08 PM No comments:

Email ThisBlogThis!Share to TwitterShare to FacebookShare to Pinterest
Labels: audio I'm so glad we have a day set aside to remember and honor this man. I hope you had a chance to reflect on what he added to our world. I think this is one of my very favorite quotes by him.


Posted by Julie Coulter Bellon at 7:13 PM No comments:

One of my favorite authors, Sarah Eden, is having a sale on her book, Drops of Gold. It's only $1.99! If you love witty and emotion-tugging romances, you have to pick up Sarah's books.

Get your sale copy here

Here's the back copy for Drops of Gold:

When her father dies and leaves her completely destitute, Marion can think of only one thing to do--make a new life for herself. Commencing a life of duplicity, Marion transforms herself into Mary Wood--governess. In possession of a forged letter of recommendation and cloaked in the anonymity of her new identity, she enters a life of self-imposed servitude as teacher and caretaker of young Miss Caroline Jonquil of Farland Meadows. Her idyllic daydream vision of life at the Meadows is dashed when she finds a child desperately in need of hope and a cold and sorrowful home haunted by the past. With her characteristic sunny disposition, Marion casts her spell upon the household and slowly brings to life the long-forgotten joy of those within.

Layton Jonquil is a man tormented by the lies surrounding the death of his late wife, but he cannot deny his growing attraction for the beautiful governess whose goodness and optimism have touched his dormant heart. Their connection grows ever stronger, and despite the impropriety of harboring feelings for a servant, Layton's heart whispers that this is the woman he's destined to love. But when Layton's fears about the past become too much to bear and the falsehoods in which they are entangled threaten to shatter his and Marion's blossoming attachment, will true love conquer all?
Posted by Julie Coulter Bellon at 7:00 AM No comments: 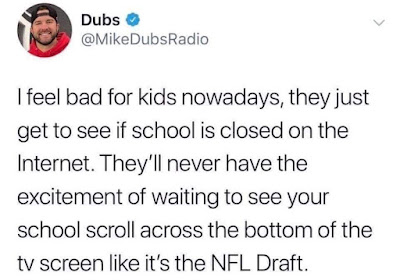 My kids really, really wanted their school to call a snow day today, so when I saw this, I had to laugh! Anyone else remember back in the day watching the scroll across the bottom of the TV screen to see if your school was closed?

And on that note, what's the weather like where you are. Are you cuddled up with a good book? I'm reading Charming the Shortstop by Heather Moore and really enjoying it!
Posted by Julie Coulter Bellon at 7:00 AM 2 comments:

I was looking forward to this spinoff sports series and I thought this was a cute story. It was written with believable characters and a lot of cameos from characters in previous books of the Belltown Six Pack series. (There were several cameos from most of them.) Clint is starting his pro hockey career and comes across Bree, another Six Pack Sib. They've known each other for years since their siblings were part of that elite group, but Clint now notices that Bree has grown up. They hang out, decide to date, then fall in love and that's sort of the whole book in a nutshell.

First of all, let me say I liked the characters of Clint and Bree well enough, and the book does have a happy ending. But the thing for me is, that there was no romantic tension. They get together fairly early in the book and stay together. They're supportive of each other and happy. There are no obstacles for them to overcome as a couple and we just go along with them for a straightforward, simple, and somewhat predictable, romance. Unfortunately, that made it easy for me to set down the book because I was never wondering what was going to happen next, never needed to root for the main couple, and I never stayed up late reading it because the happy ending was a given.

That said, it was still a nice afternoon read if you just want a dose of a happy, young couple.

Clint McCarthy has finally achieved his dream of playing for a professional hockey program, and is eager to make his mark with his new team. While getting settled in his new city, he happens across Bree Stone, whom he has known for years, with their respective brothers both being in the famed Belltown Six Pack. But for the life of him, he can’t remember Bree ever looking so attractive. Or being so captivating. Or taking over his every waking thought.

In the middle of her graduate degree, Bree has no time or desire for working on her dating life, or lack thereof, but the impossibly handsome Clint McCarthy coming back into her life makes everything complicated. She shouldn’t be focusing on him, or on them, not when her professional future hangs in the balance. But once she hears about Clint’s past with the Northbrook Hockey Elite program, and where that program stands now, Bree just might find a way to make her career, and a future with Clint, come to life.
Posted by Julie Coulter Bellon at 8:21 AM No comments: 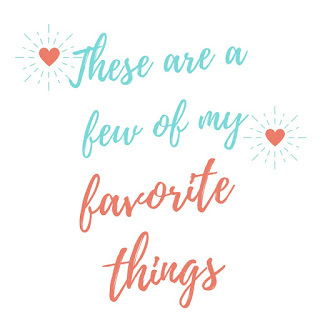 The Facebook Live is TONIGHT with me, Jennifer Peel, and Becky Monson. I'm so excited! We're going to be talking about Fresh Starts and New Beginnings. I think it will be fun! You can see it at 7:00 P.M. over on my Facebook author page. You can find that HERE.

But all of us will be reading our favorite book beginning we've ever written. I wonder which books we'll choose? Hmm...What are your guesses? For me? Jennifer? Becky? Tell me in the comments!

I'll put everyone who guesses into a drawing for a $5 Amazon gift card, announced during the Live tonight!
Posted by Julie Coulter Bellon at 12:25 PM 1 comment: