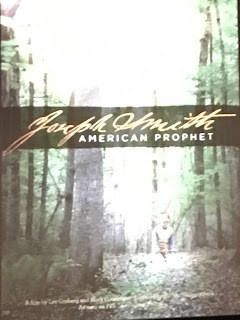 I just got back from the movie premiere for the new PBS documentary of Joseph Smith, American Prophet. One was done back in 1999 and now there's a new one out. It was a beautiful production that added so much to the narrative with reenactments and interviews including experts both within and without the LDS church. They did keep the late Gregory Peck's voice-overs and I was glad. He has an amazing voice!

I took my family to the show and it was interesting to see their reactions. There were details presented that one of my children hadn't known before and it led to a wonderful discussion on the way home. We got to meet (and sit by) some of the actors, as well as listen to the men who pitched the show as well as produced and directed it---Lee Groberg and Mark Goodman.  From their speeches, it sounds like there were several miracles that took place from the idea to the actual realization of the movie.

It will be out on video next month, but you can request it from your local PBS station right now. It is definitely well worth your time if you ever wanted a fair and balanced peek into the history of the LDS church and more specifically, Joseph Smith himself.

Millions of people around the world know of him. Yet this American frontier prophet of the early 1800's found little honor and eventual martyrdom at the hands of an angry mob in his own country. Who was this Joseph Smith and what was it about his remarkable life story, which inspired such impassioned rancor or unflinching loyalty and even reverence?

Using all new interviews, new footage and new historical reinactments, and infused with the classic narration of the late Gregory Peck, Lee Groberg has created a wholly new and engaging film about the life of Joseph Smith. 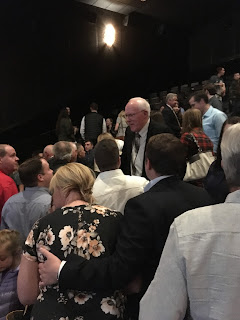