There are SO many great book deals today! You can fill up your ereader with everything from cowboy romance to contemporary. I've rounded up some of my favorite authors and their book deals just for you! 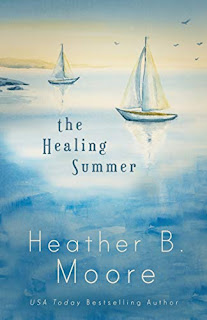 The Healing Summer by Heather B. Moore for FREE!

Get your free copy HERE
Here's the back copy:
Summer 1981

At the age of ninety-four, Maggie Howard’s final wish is to return to San Francisco and find out what happened to the young man who saved her life in 1906 after the disastrous earthquake and fires that devastated the city. They’d been trapped beneath a collapsed roof for hours, injured and unable to call for help.

The morning of their rescue, Orlando Gallo promised he would find her again. But Maggie hasn’t seen or heard from him in over seventy years, and now, widowed and childless, Maggie hopes to leave her estate to Orlando’s descendants. She invites her neighbor, forty-year-old Jo Sampson, to travel with her, and as the two women return to San Francisco to track down Orlando, they form a strong bond of friendship and healing that transcends time and place. 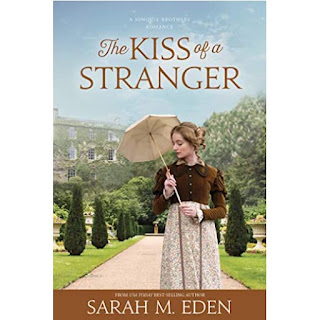 Get your sale copy HERE
Here's the back copy:
When Crispin, Lord Cavratt, thoroughly and scandalously kisses a serving woman in the garden of a country inn, he assumes the encounter will be of no consequence. But he couldn’t be more mistaken— the maid is not only a lady of birth, she’s the niece of a very large, exceptionally angry gentleman, who claims Crispin has compromised his niece beyond redemption. The dismayed young lord has no choice but to marry Miss Catherine Thorndale, who lacks both money and refinement and assumes all men are as vicious as her guardian uncle.
Trapped between an unwanted marriage and a hasty annulment, which would leave his reputation tainted and Catherine’s utterly ruined, Crispin begins guiding his wife’s transformation from a socially petrified country girl to a lady of society. Their unfolding relationship reveals encouraging surprises for both of them, and privately, each of them wonders if theirs may become a true marriage of the heart. But their hopes are dashed when forces conspire to split asunder what fate has granted, and as a battle of wits escalates into a life-threatening confrontation, will it be possible for Crispin and Catherine to live happily ever after? 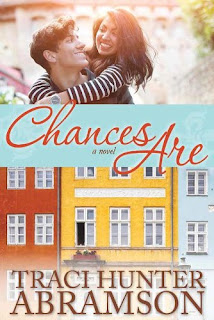 Chances Are by Traci Hunter Abramson for .99 cents!

Get your copy HERE
Here's the back copy:
Maya Gupta is a survivor. After escaping an impending arranged marriage in India as a teenager, she has thrived in America. But now she faces her greatest challenge yet—cancer has invaded her life, and unless she finds a way to participate in a clinical trial in Washington, DC, this may be one battle she loses. When Maya’s best friend Kari offers Maya the lifeline of a place to stay—her brother’s currently vacant DC apartment—the young woman eagerly accepts and goes to meet her fate . . . Ben Evans’s plans have changed, and he’s heading home for some much-needed rest and relaxation during his off-season in the major leagues. Upon arriving at his DC apartment, however, Ben is shocked to find Maya—his sister’s friend, who he hardly knows—in residence. He soon finds himself trapped between protecting his above-reproach reputation and searching for a way to help a woman he is coming to admire. When Maya’s fight to survive her disease becomes more complicated than ever, she and Ben scheme an extreme solution to her predicament that tests to what lengths they’re willing to go together to save Maya’s life. 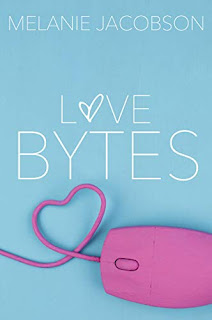 Love Bytes by Melanie Jacobson for FREE!
Get your free copy HERE
Here's the back copy:
Jessica Riley would do anything for her best friend Addison, including be her maid of honor and meet all her increasingly crazy wedding demands. But that's because Jessica has Dallen, the best man, helping her navigate the trouble their respective best friends keep stirring up. Even though she and Dallen have only spoken online or in texts, their friendship forms fast and easy, and Jessica is beginning to hope that the wedding in Hawaii will become the start of something special for her and Dallen too. Except...Dallen dates braniac supermodels. And while Jessica is a brainiac, she has a bad feeling she won't be his type. Will their connection survive in real life? 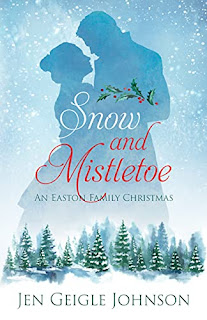 Snow and Mistletoe by Jen Geigle Johnson for FREE!

Get your free copy HERE
Here's the back copy:
Mr. Easton must find a wife by Christmas or his brother will choose one for him.

Dosie is in no hurry to marry. She is starting her first season ready to spend as much time as possible diverting herself. But she is more awkward than clever when it comes to flirting, and she knows almost no one in the London ton. All these obstacles can be solved however with a little practice. She is sure of it. Early on, her plans are upset by the arrival of an undesirable suitor her father seems bent on accepting. He’s dark and looming where she is light and fun, and she is most desperate to rid herself of him as soon as possible.

Julian Easton wants nothing more than to free himself of any strapping to his brother. As a second son, he has little finances and up to this point has not discovered any way to increase his income besides the ever enticing betting on horses and the card tables. But as his debtors add up, he recognizes that he will need something else, anything else, and soon. His brother pushes him to marry a woman of wealth but a part of him recoils at the idea of using a woman in such a way and the romantic part of his heart wishes to one day marry for love or at least respect.

Everything changes for both of them as Dosie most desperately needs a hero and Julian steps in. But now they must accept the consequences and the arranged marriage that will come as a result.

Enjoy the journey of their love and the path to marriage that they may not have chosen but just might learn to treasure. 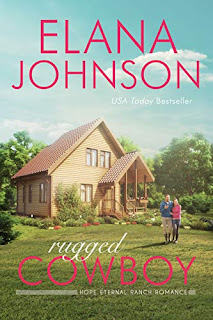 Get your free copy HERE
Here's the back copy:
He's a cowboy mechanic with two kids and an ex-wife on the run. She connects better to horses than humans. Can Dallas and Jess find their way to each other at Hope Eternal Ranch?

Dallas Dreyer was once a decorated surgeon. After getting involved in insurance fraud and then spending thirty months in a low-security facility, he gets released only to learn his wife of fifteen years has left their two children at her sister's and fled the state. He's determined to figure out how to be a single dad and do right by his kids, and he goes to Hope Eternal Ranch to attend the wedding of one of his best friends.

He meets Jessica Morales, the stable master at the ranch, and he's instantly attracted to her. She has a big heart, a wide smile, and she's great with his kids. Jess likes him too, but she's wary of the rugged cowboy mechanic who doesn't seem to know when it's okay to take calls from his ex-wife and how to juggle all of his new responsibilities. Her horses, though, she gets, and since she's never had a relationship that's lasted longer than two months, she's not sure she wants to take a chance with her heart.

When Dallas finds himself dealing with thugs who want him to pay off his ex-wife's debt, he has to make difficult decisions to keep himself, his children, and Jess safe. That means dealing with his ex-wife and paying whatever price necessary to get dangerous men away from Hope Eternal Ranch.

Can Jess be patient with Dallas while he deals with so much? Or will the family she's started to build with him and his children disintegrate right before her eyes? 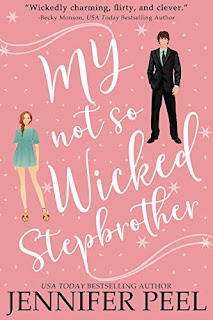 My Not-So-Wicked Stepbrother by Jennifer Peel for only $1.99!

Loveless is more than a name, it's a curse.

I, Emma Loveless, have a destiny. It's not the greatest of destinies, but when you have a name like Loveless, what can you do? I'm cursed to always be the friend, never the girlfriend. Unless you count my love affair with Duncan Hines, Dr. Pepper, and the ever-lovable Pillsbury Doughboy. They've seen me through it all, but a girl needs more than refined sugar to curl up to every night. It doesn't help that I have a meddling, albeit wonderful, mother who can't help playing matchmaker. Thanks to her, I can say I've been on a date with a felon. Now she swears she's found the one for me, her new optometrist, Dr. Sawyer King. Meanwhile, I'm preparing for the inevitable restraining order. That is, until I meet the sexy doctor and have to admit my mother is right--love at first sight does exist.

Unfortunately, my last name means business. Not only do I find myself in the friend zone, but also the twilight zone. Only in my world would Mr. Right turn into my stepbrother. To top it off, he brings with him a wicked stepmother who will do anything to keep us apart. Despite all this my heart--or is that my mom?--keeps telling me Sawyer is the one. But what if true love isn't strong enough to interfere with my destiny? It'll be me and the Doughboy...for eternity. 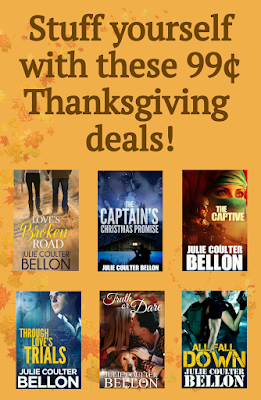 And SIX of my books are on sale right now for only .99 cents! Second chance romance, Christmas romance, small-town romance and romantic suspense books to cozy up with and enjoy.

Get The Captain's Christmas Promise HERE

Get The Captive HERE

Get Through Love's Trials HERE

Get Truth or Dare HERE

Get All Fall Down HERE

Posted by Julie Coulter Bellon at 11:05 AM