First Chapter of The Captive

Since Castle is still on repeats, I'm excited to share with you the first chapter to my new novel, The Captive, that will be coming out this month! I can't wait for you all to read more about Jake. (He was introduced in my novel, Ring Around the Rosie.) 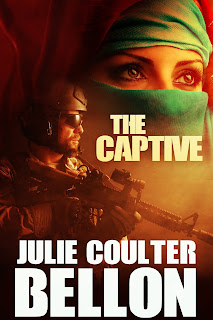 
Whichever it was, hopefully they both got what they came for today. He squared his shoulders and cracked the knuckles on his right hand.  Let’s do this.
Posted by Julie Coulter Bellon at 9:13 PM

Thanks, Sonia and Alyson! It's fun to have people to be excited with! :)