Double Book Review: Above & A Kiss of Lies 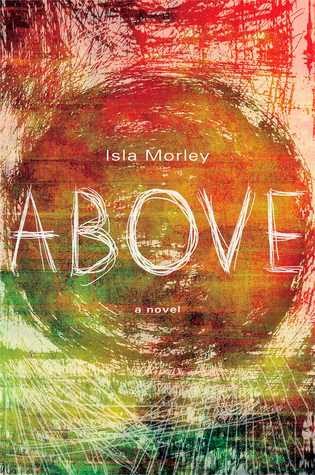 The first book I want to tell you about is called Above by Isla Morley. Now, I don't usually read YA fiction, but this one's back cover blurb intrigued me so I picked it up.  Now I can't stop thinking about it.

The first half of the book is about a sixteen-year-old girl named Blythe who is abducted from her town's celebration. The boy she's waiting for doesn't show up and she walks home. While on the road home, the town librarian named Dobbs, offers her a ride home and she accepts.  It's the last time she breathes free air.

The librarian is an extreme prepper and he's kidnapped her because he's convinced the world is about to end and he's saving her. Of course he's chosen her because she's healthy, etc., so she can repopulate the world after the end.  He puts her down into an old missile silo deep in the earth.  Darkness.  Fear. Her world is forever changed.

I couldn't turn the pages fast enough to see if Blythe would escape and how she would handle her new circumstances. Her experiences were riveting. Disturbing. Complicated. Unimaginable.

And then Part Two came along.

Honestly, part two was a lot different than part one and featured a big twist that I didn't see coming.  Some things were glossed over and it wasn't as tense as the first part, but it was still tense enough that I finished the book in one day.

I can't decide how I feel about this book. As a mother it makes me cringe imagining something like this happening and with stories like Jaycee Dugard and Elizabeth Smart, it hits close with a ripped from the headlines feel.  But then there were elements that were less realistic that helped me remember this is fiction.

So, it's a raw book full of emotions and memories and awfulness with a twist of fiction that brings you back from the brink of getting lost in the story.

I am a secret no one is able to tell.

Blythe Hallowell is sixteen when she is abducted by a survivalist and locked away in an aban­doned missile silo in Eudora, Kansas. At first, she focuses frantically on finding a way out, until the harrowing truth of her new existence settles in—the crushing loneliness, the terrifying madness of a captor who believes he is saving her from the end of the world, and the persistent temptation to give up.

But nothing prepares Blythe for the burden of raising a child in confinement. Deter­mined to give the boy everything she has lost, she pushes aside the truth about a world he may never see for a myth that just might give mean­ing to their lives below ground. Years later, their lives are ambushed by an event at once promis­ing and devastating. As Blythe’s dream of going home hangs in the balance, she faces the ultimate choice—between survival and freedom. 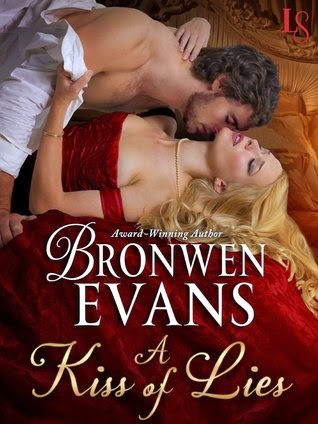 The second book I want to tell you about is a romance by Bronwen Evans called A Kiss of Lies.

This book started out with promise---a wounded hero, an understanding yet wary heroine and the author delivered with a solid romance.

I loved all the interactions with Christian Trent, the earl of Markham, Sarah Cooper, his new nanny, and Christian's  new ward, Lily. It was like having a front row seat to watch Christian, Sarah, and Lily slowly come to care for each other as a family.  It's a beautiful romance, with the only thing marring it was how often we were told that the hero was disfigured.  It was like the author thought we would forget or something.  I loved how Christian was slowly brought back to living life and how he fought to regain his honor against unjust accusations.

Sarah had a great backstory, but some of it didn't jive. She was from a horrifically abusive marriage, yet she didn't act like it at times.  She had depth, but was not as fleshed out as Christian was.  However, she did add another layer of mystery to the story and I enjoyed the ending and her actions regarding Lily.  For my gentle readers, there were some intimate scenes, but they were brief and easily skipped over.

Overall, it was an enjoyable afternoon read and I will pick up the next book in the series.
Posted by Julie Coulter Bellon at 11:53 PM

I'd probably find this book too disturbing to read. When I read, I want to escape, not become a captive. Life is tough enough without reading something that is too real and distressing,especially about a child.